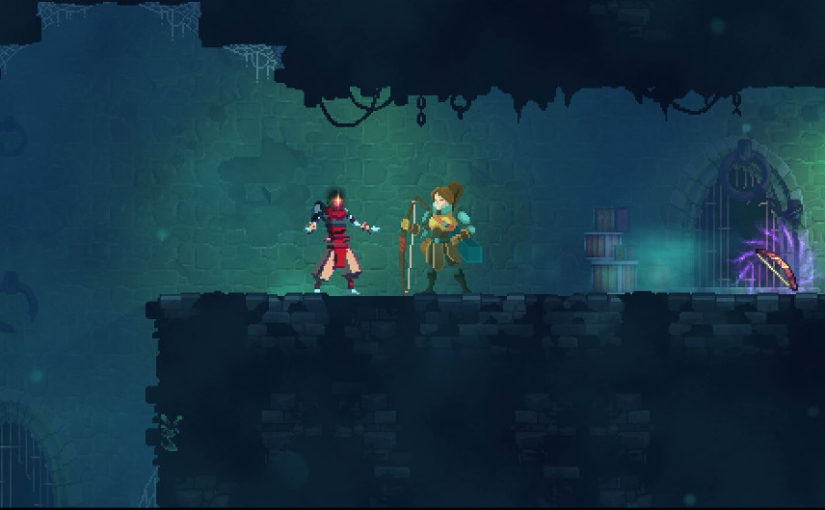 Dead Cells feels like a really good game made by what you assume is a small team that is actually a much bigger team (the credits went on forever). We’re at that inevitable point of nostalgia saturation where even large companies won’t ignore the potential for retro style games to move large amounts of units. And so that’s why the first description anyone gives about Dead Cells is that it’s a Metroidvania. For a game that’s as good as Dead Cells is, it sucks that the best descriptor is a combination of two games that haven’t had a 2D system release for twenty years (handhelds, remakes and multiplayer aside).

And so I enjoyed Dead Cells. A lot. My bell-weather for a good game is not if I’m willing to play it for 5 hours straight (because I’ll hate everything by that point, including myself). It’s if I choose the game over Netflix, Hulu, HBO NOW, and all the other 8 pm to 10 pm time wasters at my disposable. And in that sense Dead Cells is an objective success. I loved every hour I spent scaling that citadel.

At its core it’s built as rogue-like, which means rinse, die and repeat. And this puts the exploration into direct conflict with the impermanence of the surroundings. Add in a few questionable design choices (unlocking certain things can harm future runs), and you have an amazing early game, that eventually turns into speed running and repetition. That doesn’t take away from the early hours, when the citadel seems alive and changing, and each playthrough is different. It just meant that when I was done, I was done.