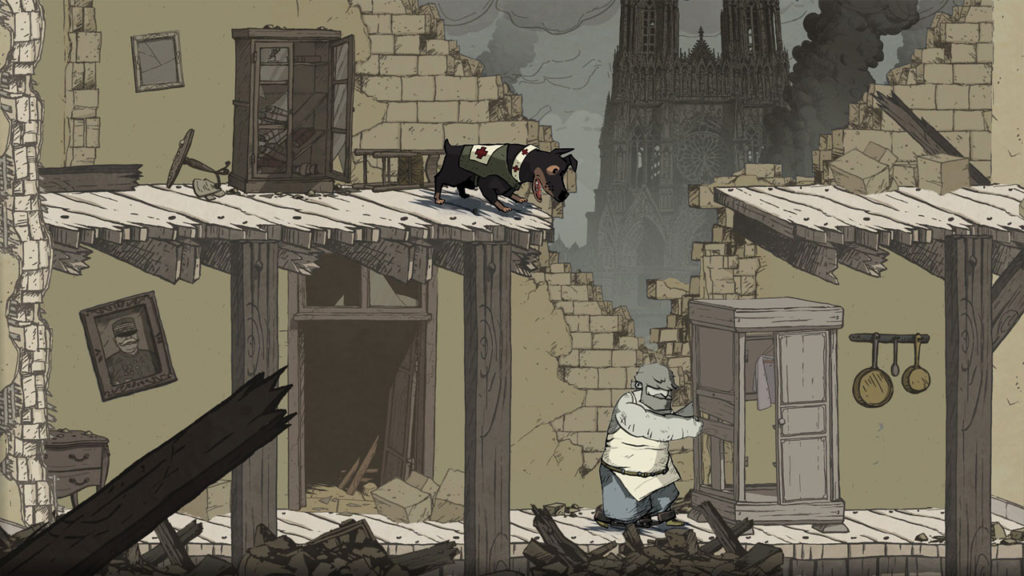 Valiant Hearts is an odd game.

I’m left asking myself, “who green-lit this”? Is it an educational game in disguise, made to secretly teach teenagers about the atrocities of WWI, much like my 9th grade reading assignment of All Quiet on the Western Front? (Which is a mesmerizing book: humanizing Germans, shitting next to each other in trenches, hanging out with French girls, the atrocities of war perpetrated on and by teenagers. Side-side-note, it has a rating of 3.9 on Goodreads. Moby Dick has a rating of 3.5 on Goodreads. The current New York Times bestseller, Leverage in Death by J.D. Robb, has a rating of 4.5.)

Or is it a puzzle game with some light action rammed in for the hell of it? Maybe it was just a bunch of WWI nerds who wanted to spread the word about how insane this nearly forgotten nationalistic macho-fest really was. And good for them if that’s the case. There were parts of France that experienced so much death that it salted the earth. And then in less than one generation, a new war was raging in those same places. 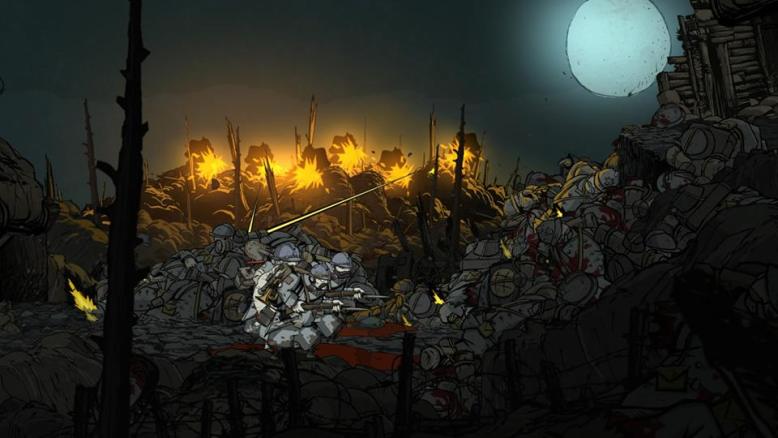 So how would you present this unprecedented level of pointless death and destruction? Again, the game doesn’t seem to know. It oscillates between Saturday morning cartoon villains and hidden violence (when you throw a grenade into an enemy embankment, they throw their hands up an run off the screen comically before it explodes), to scenes that are so grotesque that you’re hiding behind mountains of corpses, as French soldiers are being ripped to shreds all around you. These scenes are over-the-top, and intentionally so given the loss of life in WWI, but then why wait until the end of the game to show something so savage? Yes, the Neville offensive was a huge waste of life, but there were over a million casualties in the Battle of the Somme alone (one of a dozen other ugly battles you’ll march through), none of which are presented with as much butchery.

It does have a nice feature where you can collect little artifacts around the level that give you information about WWI living conditions. Normally these types of search quests would be a drag, but it’s pretty seamlessly integrated, and never overly frustrating. I enjoyed it enough that I went back and found them all when the game was done.

As a game, it’s not much. As an educational game, it’s admirable. I’ll give it the benefit of the doubt that it’s the later.