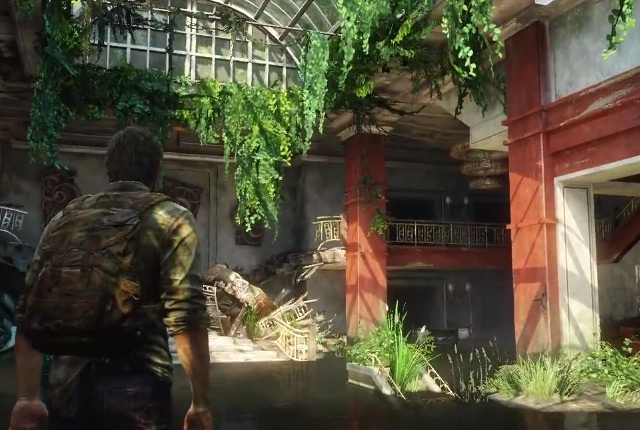 It’s tough to begin talking about The Last of Us because you have to compare it to something, and the wasteland of humanity has been covered so many times in games.  So I’m not going to compare it against other games (that’s a post for another time), because The Last of Us draws it’s inspiration from other media, specifically, The Road for ambiance, and Children of Men for plot.  Both excellent in their own right, The Last of Us exceeds them.  It’s the best story I’ve ever read, watched, or experienced about the end of civilization.

So let’s jump into it.  The graphics are phenomenal and the combat tight.  In the ravaged world you run into two distinct enemies, the infected, and other survivors.  Both are challenging, and they require completely separate strategies, which helps to vary the combat.  But all of these positives pail in comparison to the writing.  It’s by miles the best dialogue I’ve ever encountered in a game.  You keep expecting some cliche movie (or worse, game) dialogue to slip out, but it never does.  It’s so far ahead of anything else, I can’t even think of what would be second.  On top of this the voice acting is superb, especially protagonists Joel and Ellie.

About the protagonists, have you ever played a game where you didn’t hate the character that you needed to protect?  Of course not, they’re a pain in the ass.  Except in this Ellie is phenomenal, and her personal growth drives you forward.  Joel is complicated yet simple (in his drive), and both come off as humans, neither good nor bad, in a way that games can almost never provide.  My biggest fear is that they churn out a sequel and destroy everything they’ve created here.

Minor things like a few annoying puzzles, and your companions near invisibility to enemies are not enough to break or ruin the experience.  This is a game that will be dissected and compared for years, a template for story-driven creations.