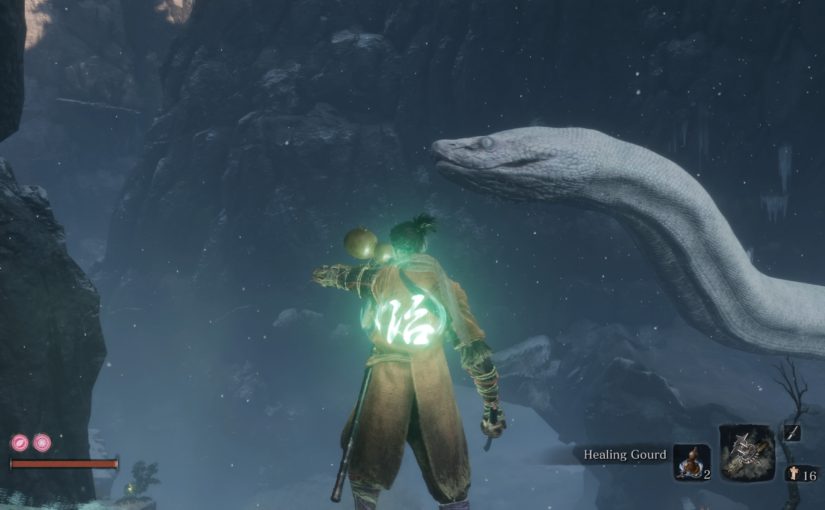 It’s probably not fair to call this a first impression. I’m guessing I’m halfway through the game and have been meaning to give my thoughts for a week.

Here are a few quick things that I loved about Sekiro before even booting up the disc: no DLC. From Software has said the game was complete upon release. The Souls and Bloodborne, while incredible, always had this feeling of something incomplete. You always had this feeling that there was more to be uncovered (or you wait until the GOTY and came to the party late). It’s a brave decision that probably doesn’t make financial sense but that I deeply appreciate.

No online components. This one is a little harder to describe. I miss some of the online features like the often intentionally misleading messages in Demon’s Souls. And I even liked killer shades entering the game in Dark Souls. But calling people into the world only works if the levels/bosses were designed with co-op in mind. Nioh is probably the most aggregious example of this. The bosses go from infuriating solo to a cakewalk in co-op. I understand it’s a an “easy” mode, but the idea of specifically designed solo-bosses is attractive at this point.

And so with all that in mind, how do I find the game? It’s an incredibly enjoyable experience: it’s well balanced. Plenty to explore. Linear but flowing.

And the part that I absolutely adore, that I continue to be impressed with, is the combat. Whomever came up with the concept of “Posture” system is brilliant. I would go so far as to say that the combat system is the most dramatic step forward since Demon’s Souls introduced the idea of a fragile constantly rolling protagonist. It almost makes me sad there’s no additional boss DLC…

The weaknesses are also not so much the games fault but the weight of it’s predecessors. The world is interesting, but not as mysterious and challenging as the Souls series, and nowhere near as engrossing as Bloodborne (which is almost unfair given the insane level of creativity and the disparate influences that game pulled together). It’s more literal. There’s a story, and you can even track it to some degree (shocking!). The people look like people. And there’s some demons and monkeys and snakes. But so far it’s mostly feudal Japan.

And the final thing is the graphics. They look good. But somehow they seem less striking than their predecessors, even though this is years later and I’m playing it on a PS4 Pro.

There’s still plenty of game left. It will be a cool experience to
see how this comes together.