I just finished Max Payne 3, the credits and the Health song are playing as we speak.  I realized about half way through that I was playing the game all wrong.  I set the difficulty to hard.  All that did was make it a grind.  I only realized once I replayed levels on normal how fun the actual game can be.  It wasn’t a game made for picking your way slowly across each set piece, hiding every second and using cover.  But that’s how I had to play it.  And its clear now, the enjoyment of this game wasn’t made to come from the challenge.

If only to keep my hopes realistic for Max Payne 3, I’m posting one of those commercials which totally suckered me into buying the game.

Apparently quite a few people like DDS, but for it seemed glacial, and extremely disappointing coming after Nocturne.  That first 5 seconds of this intro are cool as hell, and pretty much sum up the best part of the game.  I bought DDS 2 a long time ago.  I probably should add it to the list and see if my feelings have changed.

Armored Core Master of Arena has humbled me.  Maybe it was overly ambitious to try and tackle three nearly identical games without a different game to break the routine.

It is certainly a challenging game.  Everyone makes a fuss about Dark Souls, but these bastards have been making tough as nails games for over a decade apparently.  These are way more frustrating however.  On the last airplane ride I almost smashed my already cracked PSP into my malfunctioning table tray.

I haven’t given up on reviewing Master of Arena yet, but my weakness got the best of me and I purchased Max Payne 3 today.  I think it was the HEALTH song that plays in the background of the commercial that actually inspired me.  Seems like a good existential time, but trailers are usually so misleading… 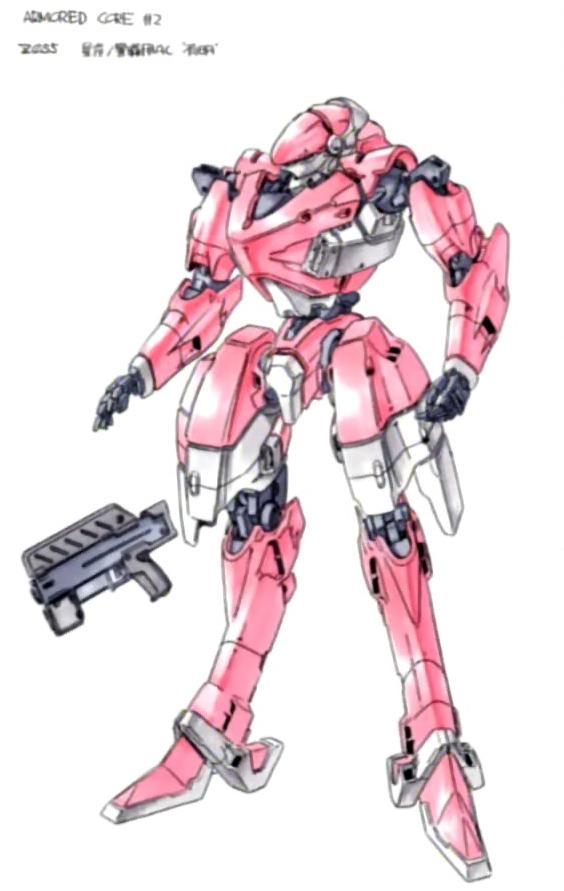 Project Phantasma- gibberish title, that sounds even worse when you say it out-loud.  If you want to see the graphics for the game, just look at AC1, they’re the exact same.

Positives:  There’s a more complete story this time, with actual characters and dialogue.  The voice acting is still a joke, but it sets the stage for more interesting missions, like kidnapping VIPs.  It’s a testament to the mission design, that very few missions have the typical “destroy all enemies” objective.  There also is an arena, as they realized one of the best parts of the first game was squaring off against other Ravens.

Negatives: But the Arena also upsets the balance of the game by offering more access to cash early on, allowing a player to plow through early levels with a top-of-the-line AC.  It’s also a short game, much shorter than the first Armored Core.  And the story, while appreciated, is amateurish.  There is the feeling of a quick turnaround throughout the repackaging.  For example, AC1 had the occasional FMV, while Phantasma renders everything with in-game graphics.

The end result is a game that’s clearly a cash-in, but in many ways is better and more enjoyable than the original.  It’s a gradual step, but nearly everything is an improvement.

I enjoyed my time with Armored Core.  The vast majority of it is a well designed game.  There are flaws.  From Software has a pattern of needlessly complicating their brilliant worlds, and Armored Core is more convoluted than most.  If the email function was supposed to explain something to me… Well, I can’t even remember a single message.

The positives:  There’s still a lot to love about the game, things I wished were still implemented in games today.  The difficulty curve is about perfect.  When you die you feel it’s your fault.  It’ll cost you, but you can usually bypass levels you’ve failed (preventing the fatigue that sets in from playing a single level over and over).  Dig yourself into too deep of a hole, and the game lets you start over with your current mech and an “alteration”.  Very clever design.  The graphics are even charming in a blocky way (like when you set square shaped white robot bugs free).

The negatives:  So all is going great until the last level.  Then, because it’s a 32 bit game, they give you the obligatory jumping level.  And the jumping sucks, think Turok.  But this isn’t some random level, it’s the last level, and right before you fight the end boss.  Die against him, which you will, and you get to do it all over again.  You waste so much time your guilt starts thinking of productive things you should be doings. Those dishes could be washed…

It should be a four star game, but they choked at the end.  And the ending, what the hell was that?  Well let’s push on…

With the launch of Armored Core V, and since I enjoyed Demon’s Souls and Dark Souls so much, I went back and looked at From Software’s game lineup.  There were a couple choices: King’s Field, Tenchu, Otogi, but I ended up going to back to Armored Core, as I have a soft spot for mechs.  My only experience with the series was a few hours with Armored Core 2 on the PS2.  It seemed fun, but I also don’t have any distinct memories (which isn’t a good sign).

With over a dozen titles in the series, I thought it clever to go back to the roots before trying one of the newest entries.  So I picked up copies of the psx titles, and will hopefully be reviewing them in the coming weeks.  The title and cover of “Master of Arena” is so bland I put it off until last.  “2 Disc Game!”

So I spoke a little about how the rating system will work.  It’s a critical system, but because there will be more 2s and 3s than usual, I thought I would explain the stars in greater detail.

It’s really a four-star system, with a fifth star reserved for rare situations.

★★ Average Game.  In the same way that a “C” in school is supposed to be average, but no one ever wants to get one.  Leaves little or no reason to play it.

★★★ Above-Average Game.  They’re good but you can’t put your finger on what’s hollow about the experience.  Many big-budget sequels would fall into this category.

★★★★ Great Game.  An undeniably positive experience.  It falls short of being a masterpiece, but it’s well worth your time.

★★★★★  One of the best of a generation.  Succeeds in both execution and originality.  The kind of game you still think about years later.

If I’m being completely honest, I probably wouldn’t have played this game if it wasn’t a gift.  I already know way to much about the FF7 universe, for someone who claims not to care about it, and I was sure I couldn’t lie with a straight face after playing another game in the controversial series.  My desire to waste time got the best of me and I did jump into it.

The positives: It’s gorgeous (like most Square games), complete, and the story is more redeemable than expected.  Zach is a fucking idiot, but somehow endearing.

The negatives:  There is zero challenge, zero.  Literally, zero.  It might take a little effort to collect all the extras, but it hardly feels like it would give any sense of accomplishment.  The battle system is simple, and the story is not really THAT interesting, just simply better told than you would expect.

It looks pretty cute, right?  The outside is charming enough I bought the game for $10 before a flight to Europe.  As an iOS game I would still consider it quite unpolished.  The characters and story are generic, but have the potential to bring the whole thing together into something worthwhile, but sadly they are the most unbearable part.  The fact that the translation was run through something like babelfish acts as a constant reminder while playing how much of your time you’re wasting (much like an iOS game).

The gameplay is enough of a grind that you develop a routine after the first few levels (go in for a few minutes, die, reequip and gain bonuses from meeting goals, go back in for longer and beat the boss).  Even on an Atlantic plane ride I couldn’t bring myself to play it longer than a couple hours.  Although I can’t help but feel it might have been pretty funny in it’s original Japanese.

I haven’t posted anything for awhile (if you don’t count the post from five minutes ago, which I actually wrote months ago). But I have new motivation in the blog, and that’s to add a review section.

The goal:  To provide short reviews, that are (hopefully) not biased by any previously published scores or impressions.

The score system will be borrowed from what I consider the best video game magazine that was ever published, Next Generation.  It is a simple 5 star system, but because of the simplicity the entire scale will be used.  This is in contrast to a 1-10 scale, where most games place between 7-9, with anything below not being worth playing, and anything above being considered great (really what is the difference between 8.5 and 9, or even 8 and 9 for that matter?).  At that level, the real question is it a 4 star (God of War 3), or a 5 star game (Demon Souls)?